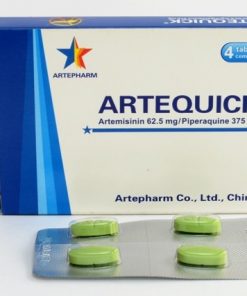 It is intended for the treatment of malaria attacks, especially for falciparum and vivax malaria.

DESCRIPTION
The product is a tablet coated with green film.

The product is a drug to treat malaria, particularly drug-resistant falciparum malaria. It is well tolerated and has rapid action, high efficacy, low toxicity and offers a short course treatment. Using the product to treat falciparum malaria with 56-day follow-up, the results showed that the cure rate was >95%, the fever and parasite clearance time were 16-30 and 36-60 hours respectively. The product also has parasiticidal effect on plasmodium vivax in intraerythrocyte stage.

Artemisinin in Artequick tablets has powerful and quick parasiticidal effect on those parasites in intraerythrocyte stage. Moreover, its efficacy is much quicker than that of quinine, chloroquine and all other nonartemisinin antimalarial drugs. It therefore relieves clinical symptoms much faster. This product has significant gametocidal effects on falciparum malaria thus interrupts the generation of gametocytes in bone marrow and reduces the transmission.

The resistance culture showed that the drug resistance to this product is hard to occur. Piperaquine is a 4-aminoquinolone compound. Studies of the pharmacodynamic and toxicological properties in rodent malaria showed that the efficacy and curative index of piperaquine were 2.6 and 6.6 times higher than those of chloroquine. Since 1978, piperaquine has been used widely to replace chloroquine to treat malaria in China and proven Its higher therapeutic efficacy and fewer side effects than those of chloroquine.

The results of acute toxicity test in mice given the drug by intragastric administration showed that LD50 of the product was 1053.5 mg/kg, and the toxicity of the combination of the two components was not potentiated but additive. Genetic toxicology tests showed that the product has no mutagenic effects.

It was showed that artemisinin, one component of the product has fetus toxicity in the 9-14 day pregnant mice, mainly represented as absorptive fetus. Taking this product consecutively with high dose would induce slight injury of the liver function and decrease of reticulocyte count, but this change is reversible, and it can recover quickly after quitting the drug.

After taking orally, Artemisinin shows wide distribution, quick and complete absorption, rapid metabolism and excretion. The half-life of artemisinin is 1.6-2.6 hrs. Some metabolites which have lost their antimalarial activity can be detected in urine and feces 48 hours later after orally taking artemisinin. Piperaquine has a long half-life with 9.5 days in mice and not less than 14 days in the blood.

It is intended for the treatment of malaria attacks, especially for falciparum and vivax malaria.

The product is a fixed-dose Artemisinin-based Combination Therapy (ACT),

Since long half-life antimalarial is contained in this combination, patients with serious hepatic or renal disfunctions are not advised to take repeatedly within 15 days.

For children, a two-dose regimen is recommended with 1 tablet to 2 tablets per dose, grouped as follows.

The tablet may be broken and crushed before giving.

ADMINISTRATION FOR PREGNANCY
The product should not be used in the first trimester of pregnancy. It is safe for use during lactation.

ADMINISTRATION FOR SENIOR PATIENTS
The product can be used for senior patients.

MUTUAL ACTION WITH OTHER DRUGS
No related report.

The main symptoms of overdose include nausea, vomiting, dizziness, fatigue or numb feeling of the face. If it is the case, emetic and purgative agent can be used to accelerate the discharge of the drug.

Be the first to review “Artequick tablet” Cancel reply 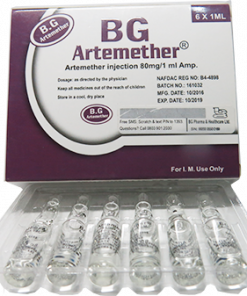 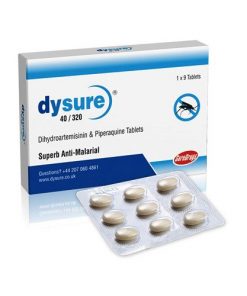 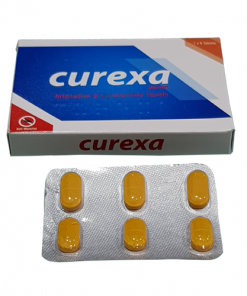