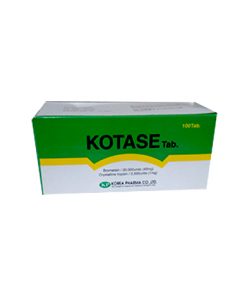 Kotase may be indicated for the relief of symptoms related to inflammations such as edema, swelling, pain.. 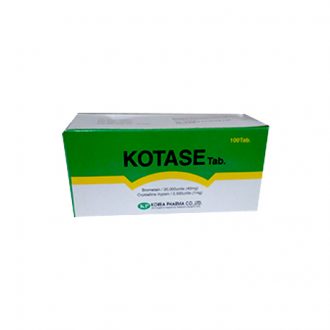 KOTASE Tab. is a green and sugar coated tablet.

Recently, according to the marked advances of enzymology, utilization of enzymes is expanded from the traditional animal enzymes to the plan and the microorganism enzymes. Enzyme preparation ore used properly in a wide range of medicine also their exploitation enzymes. According to this tendency, KOTASE was developed as an enzyme preparation.

Mechanism of action of Bromelain:

Bromelain increases blood fibrinolytic activity as well as inhibiting fibrinogen synthesis. It also directly degrades fibrin and fibrinogen. Kininogen and bradykinin serum and tissue levels are lowered by bromelain, and it also affects prostaglandin synthesis, which gives it its anti-inflammatory effects. Bromelain has been found to reduce the excretion of pro-inflammatory cytokines as well as chemokines in a study into its possible mechanism of action in ulcerative colitis, inflammatory bowel disease, and Crohn’s disease.

Mechanism of action of Trypsin:

The enzymatic mechanism is similar to that of other serine proteases. These enzymes contain a catalytic triad consisting of histidine-57, aspartate-102, and serine-195. These three residues form a charge relay that serves to make the active site serine nucleophilic. This is achieved by modifying the electrostatic environment of the serine.

The enzymatic reaction that trypsins catalyze is thermodynamically favorable but requires significant activation energy (it is “kinetically unfavorable”). In addition, trypsin contains an “oxyanion hole” formed by the backbone amide hydrogen atoms of Gly-193 and Ser-195, which serves to stabilize the developing negative charge on the carbonyl oxygen atom of the cleaved amides.

1. Accompanying infections, proper antibiotics or chemotherapeutics may be used in combination.

No known interactions considered serious. However, there is need to consult with your physician if you are taking other medications.

Report any adverse effects to your healthcare provider, while you are taking this medication.

Appropriately reduce the dosage according to the age and the body weight.

Be the first to review “Kotase tablet” Cancel reply 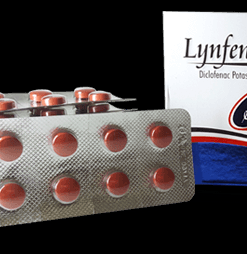 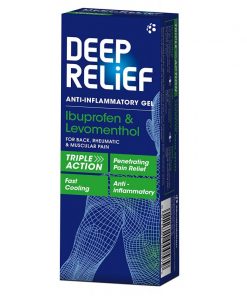