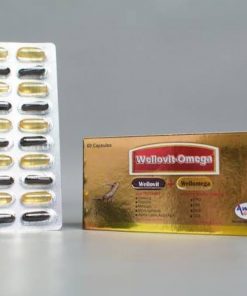 * Universal Anti-oxidants that delay the aging process at the cellular level by preventing destructive oxidative process and help in the prevention of a broad range of diseases.

Overexposure to sunlight, smoking, alcohol, several eating habits, and certain metabolic processes generate toxic free radicals in our body. Which are responsible for as much as 90 percent of all human diseases such as cancer, cataract, arteriosclerosis, strokes, senility due to aging, etc.

Alpha Lipoic Acid (ALA), Vitamins A, C, E, Zinc, Selenium, Copper, and Manganese work independently and in conjunction with other vitamins to reduce & nullify the toxic effects of free radicals.

Normally once an antioxidant has eliminated a free radical, it is lost forever. Alpha Lipoic Acid (ALA) is the only antioxidant with the unique ability to regenerate/recycle itself, and other antioxidants such as vitamins C & E, so that they can continue destroying free radicals. This is why ALA is known as a network antioxidant.

* (Vit. & Min.) Two of the Six proximate principles essential in Human Nutrition BUT deficient due to modern food processing & dietary habits
Supplementation of (Vit. & Min.) Is often necessary to ensure that vitamins & mineral needs are met especially as we do not always follow a healthy diet.

Alpha Lipoic Acid (ALA), Chromium, Panax ginseng
* To speed up the removal of glucose from the bloodstream, by enhancing & complimenting, Insulin function & helping the body utilize glucose
In addition to being a powerful antioxidant, Alpha-lipoic Acid (ALA) helps the body use glucose, hence ALA has a potential role in improving blood sugar control. ALA Is also crucial for energy production. It helps break down sugar for the production of ATP, the fuel used by cells to keep the body running.

Chromium is a vital part of the body’s mechanism for controlling blood sugar levels. B12 promotes regeneration of degenerating nerve terminals
Panax ginseng is shown to have a variety of beneficial effects, including conditions associated with diabetes. The study showed improved fasting blood glucose levels, elevated mood, and Improved psychophysical performance

* The GOOD fatty acids that protect from damaging effects of BAD fatty acids and also ensure GOOD HEALTH.
Fish oils, rich in EPA and DHA, are the natural anti-cholesterol agent. Essential fatty acids are important as cellular structural elements and cannot be manufactured by our bodies. They must be provided by diet in large amounts.

* To help in fighting & protection from the common cold to complicated disorders.
Alpha Lipoic Acid (ALA) may inhibit the activation of “nuclear factor kappa-B,’’ a protein complex involved in cancer. Researchers at UC Berkeley have found that cells bathed in ALA inhibit the growth of a protein linked with the growth of cancerous tumors. (Zinc & Selenium) Strengthens the immune system and improves resistance to allergies & infection.

A study indicates that those eating high amounts of omega 3 (EPA and DHA) lower risk of dying from cancer. For breast cancer, omega 3 fatty acids are the most protective. It Protects against immunological over-reaction too. The risk of cancer was shown to be lower in those who used ginseng (relative risk: 0.40). Intake of ginseng showed a Lower Incidence of influenza and colds, higher antibody titers, and higher natural killer cell activity levels.

* Cardiovascular Disease refers to diseases Involving the Heart and/or blood vessels (arteries & veins). Rutin is considered to be an important nutritional supplement because of its ability to strengthen capillaries, thereby helping people suffering from arteriosclerosis (the hardening of the arteries), high blood pressure, or venous insufficiency.

Alpha Lipoic Acid (ALA) may be useful in the prevention and treatment of such diverse conditions as heart attack, stroke & neurodegenerative diseases.

Lecithin has been identified as a possible resource for lowering blood cholesterol because of its reputation as a source of polyunsaturated fats. It is also a fat emulsifier. Hence, it supports the circulatory system.

Omega-3 fatty acids also Influence platelet aggregability and have significant effects on blood lipids. Homocysteine tends to accumulate in the body whenever B12, B6, and folic acid get deficient. This accumulation has been linked with increased risk of Alzheimer’s disease, chronic fatigue syndrome, and multiple sclerosis among other conditions.

* Protection from Cerebral (Brain) & Neurological disorders
Panax ginseng termed as “adaptogen”, an agent that purportedly “increases resistance to physical, chemical and biological stress and builds up general vitality, including the physical and mental capacity for work.”

There is now evidence that major depression is accompanied by decreased levels of omega 3 fatty acids such as (EPA) and (OHA). There is strong comorbidity between major depression and chronic fatigue syndrome (CFS).

ALA also quenches peroxynitrite radicals, an especially dangerous type consisting of both, oxygen and nitrogen. Peroxynitrite radicals play a role in the development of atherosclerosis, lung disease, chronic inflammation, and neurological disorders.

* Gatekeepers of our Health & also Appearance (true & healthy skin lone)
Both selenium & Zinc help maintain healthy skin. GLA is not only the gatekeeper to our health, but to our appearance as well.

Be the first to review “Wellovit omega” Cancel reply 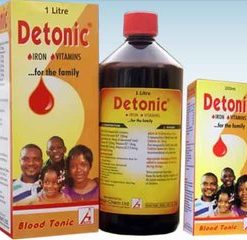 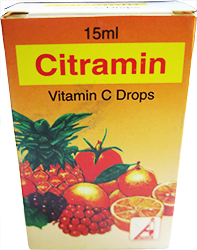 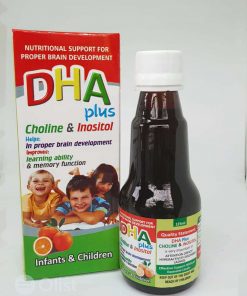